Foolproof method to mixing and mastering in the box | mixing

Foolproof method to mixing and mastering in the box, version 1

Do you keep forgetting things when you're mixing? Are your mixes too complicated? No idea where to start when you want to finish a mix or how professionals do it? Here's a method in big steps that noobs can follow. Professionals already have their own methods but might pick up something new too, who knows.

I made this blog as short as I could so I skipped the small steps – the details and explanations. But this means you can only mess up in the small steps now! I'm planning to write more foolproof methods about those and update this one, so post your questions, stay informed, Google the details I skipped and check out the videos I'm referring to. A warning though: if you're new to this, if you don't want to make mixing or mastering your profession and if you have more money then you've got time, let a professional do it. They work faster and they have more expertise, hardware, software and monitoring equipment.

When you start:
Set markers for all the segments of your track. It can be 'intro', 'verse 1', 'chorus', 'verse 2', 'chorus 2', but also 'A', 'B', 'C', 'B2', '1', '2', '1b', etc.
Put a gain plugin on each channel. Then a VU meter. I use Klanghelm's VUMT, it's a cheap VU meter and easy to work with. If you click the light, it remembers maximums. I loop the loudest part of the track and set the gain in the gain plugin until the maximum VU point is zero, unless the led light shows the signal is clipping, in that case I turn it down until it doesn't. After gain staging is done, I remove the meter. A maximum of 0dBVU without clipping is safe for any plugin so it's set and forget. Click here for more details about gain staging.
Check polarity and phase cancellation. Transients should go up. To solve phase cancellation issues I use Waves InPhase and Voxengo PHA-979.

Rough mix:
After gain staging I follow the 10 minute mix technique I learned from Graham Cochrane, you can find his Recording Revolution video on Youtube. If you want a balanced low end, also check out his low end mix trick video when you add the bass. When you've got a few tracks going, tweak the level of your monitoring until the mix is around 75dB SPL. Use a device or download a Decibel (dB) meter to your smartphone, iPod or tablet, keep it where your head normally is and measure Sound Pressure Level.
When you're done with one part it's often needed to change levels in other parts of the track using automation. I start with the loudest part and make the parts before it build up to it. Loop different parts of the track until you're satisfied or until you spent 10 minutes.

Top down mixing:
After the rough mix is done, I bounce the mix under the name [title song] – rough mix, then load it in the project. I route all outputs of all channels to a Mix Buss. I solo the rough mix, loop the loudest part and start putting plugins on the Mix Buss. It's called Top Down Mixing, it's another thing I learned from The Recording Revolution that I really like, check out Graham's 'Heavy Mix Buss Theory' video on Youtube. Things I put on there are often Waves NLS Buss (a plugin that simulates saturation and summing of analog mixing desks), a compressor like Waves API2500 or VComp for 1-3dB compression,  gain for volume changes, a MultiBand compressor like Waves LinMB, tape emulation like Waves J37 and finally a simple Limiter to make the output louder while clipping the peaks.
Apart from the Limiter, nothing should change the loudness! Set the output of each plugin so low that the mix is not softer when you bypass the plugin.
To set the Limiter, insert a LUFS meter after the Limiter. I use Hornet ELM128. Play the whole track and measure integral LUFS. Tweak the limiter until integral LUFS is -23LUFS, the radio and tv standard in the EU. Remove the LUFS meter.
Now that the mix is louder, turn down the monitoring until it's 75dB SPL again. Load up to three reference tracks, do not route them to the Mix Buss with plugins but to the main output instead, use a gain plugin and the LUFS meter to make them -23LUFS.

Take a break, listen to the mix, compare to the reference tracks and make a list with what you want to fix and improve.

Group Buss mixing:
You can send similar instruments to the same buss. A guitar buss, backing vocals buss, strings, keys, drums. Solo the drum buss first. You can put a compressor on there, tape simulation and the Waves NLS Channel plugin (I use that as a last plugin so all audio goes through NLS Channel just before going through NLS Buss).
Add the bass buss if you have it, apply the same process, then guitar, keyboards, vocal and finally the solo buss. Don't forget to set the output of each plugin and un-solo everything after you're done with the busses.

Channel mixing:
If a channel doesn't go through a buss I often put NLS channel in the last slot.
Mute all channels, unmute the most important instrument. Don't start with the vocal lead, it comes last.
If the channel could do with some compression I do a compressor shoot-out. Compressors have very different characters so find one that you think improves the sound.
A lot of sources do well with a HP filter and subtractive EQ, that's why I usually put a modern EQ after the Gain plugin and before compression. Linear Phase EQs work great on instruments with pitch, normal EQs are better for drums.
A lot of channels could do with something more drastic then EQ, compression, saturation and reverb. Stereo widening or narrowing, mid-side treatment, overdrive, fader riding, delay, chorus, excitement, parallel processing, tape emulation, etc, it's up to your imagination.
I like adding a transparent side chain compressor, Waves C1 is my favourite for that. You can place it just before the final EQ and side chain it to the voice or solo channel. Setting it right will make the less important channel 'duck' when the main channel does something.
I use 'tone shaping' EQ-ing last, before NLS channel. This EQ needs to emphasise character and make space for other instruments, a difficult balance. Do this with the mix buss flipped to mono and don't mute the instruments you already mixed. A mix becomes clearer when some instruments have a low pass filter after most of the saturation and excitement, so EQs with a nice sounding low pass filter, like Waves VEQ4 and Waves MMEQ, can be useful here.
When all plugins have their settings, set their outputs right, check if a different order of plugins will sound better and check if each plugin really improves the sound.
Add a drum channel, repeat the process. Add channels one by one, basses, guitars, keyboards, etcetera, main voice last.
When each channel that needs EQ, compression, saturation and other effects has them, send them to a reverb aux or buss. Waves Abbey Road Plates is at the moment my go-to reverb. Insert an EQ with low and high pass filter before the reverb and listen for the right cutoff points. Every channel needs its own amount of reverb, sometimes even nothing, so tweak the send levels.
When I'm done with this I compare the mix with the reference tracks again, make notes, double check all the moves I made in the same order, also the ones on the busses, now with all channels on.

Mastering
Mastering is easiest with a bounced mix. Before I bounce, I add Apple's RoundTripAAC plugin after the Limiter. It's a horrible plugin that will degrade the mix to realistic lossy and streamy quality in real time. Sonnox Codec Toolbox does the same thing. If I want the master to sound as best as I can on Youtube, SoundCloud and ReverbNation, I check if all plugins still really improve the sound. The mix can often do with less compression and saturation.
After that, I bounce the mix result with all plugins on the mix channel off (except Waves NLS Buss) and add it to the project. Solo the final mix, turn the mix channel plugins on again, bypass NLS Buss and put the LUFS meter between the limiter and the RoundTripAAC. The target for iTunes/Apple music is -16LUFS/-1dB peaks, Youtube targets -13LUFS/-1dB peaks. Spotify is the highest with -11LUFS/0dB peaks, so going higher then -12LUFS/-1dB is not necessary unless it's club music. CD, Tidal and Soundcloud have no standards.
Replace the limiter with the best one you have. I use Waves L316. Tweak it until the LUFS meter shows the desired level.
Loop the loudest part and check all settings in different playback situations. Different speakers, headset, headset with Waves NX, until you give up. Remove RoundTripAAC and NX, check the LUFS one last time, remove the LUFS meter and bounce the result.

Example of a rough mix (with fader rides) and a final mix.

Example of a final mix and the final mix without mix buss plugins (in this case Waves NLS Buss, VComp, LinMB & the L316 EQ)

In this mix I only used a group buss for the strings. Except for subtractive EQ I put all plugins I usually use on channels on the buss instead.

Example of a final mix with and without Waves NLS

In this mix I just used a tiny amount of LA2A on the arpeggiated synth, C1 on the bass pad and API2500 on the drums. Here’s with and without:

Here's what the mix sounds like with and without HP and subtractive EQ. I like using the stock EQ in Logic for that.

In this mix I used C1 to duck the Sea Trumpets Ensemble, the Strings and the arpeggiated synth when the solo plays, here's with and without:

I used Waves API-550B on the solo Sea Trumpet, PuigTec MEQ-5 on the ensemble, VEQ4 on the rest. Here's with and without:

Here’s the mix with one fader ride and without:

I'm not being paid by Waves, I promise. The plugins I mention here just work better for me then similar plugins I compared them to. There are other Waves plugins on my wish list too, so if you want to get 10% discount on Waves plugins while getting me discount too, just click here! 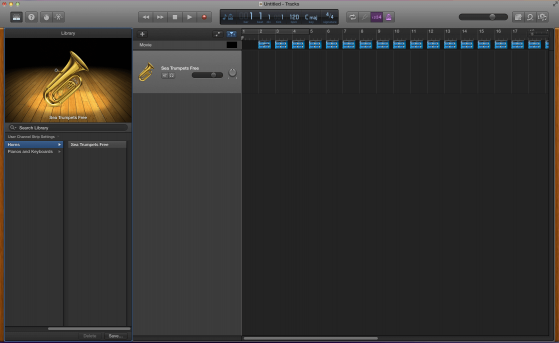 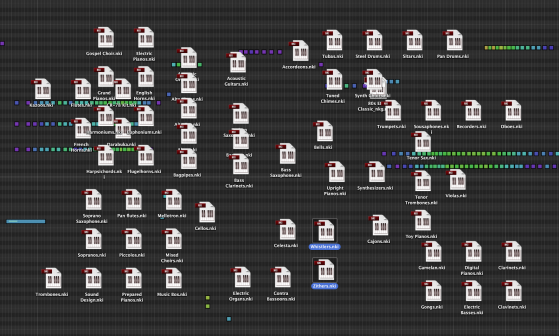