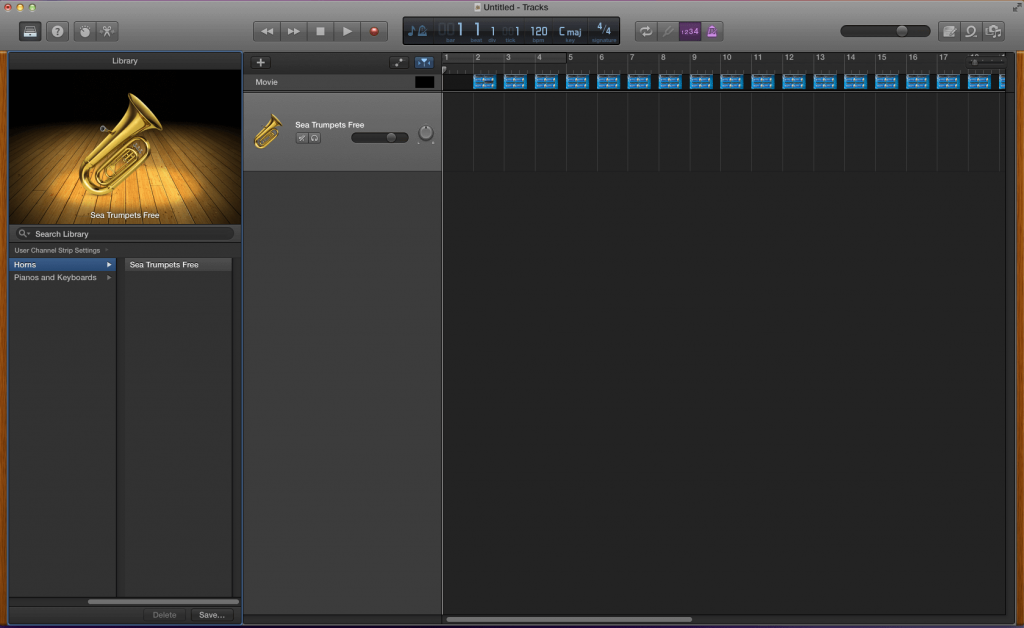 GarageBand is a limited version of Logic, with Logic’s EXS24 sampler under the hood. Here’s how you can import EXS instruments in GarageBand with earlier versions of GarageBand. I haven’t found a way to do it in version 10, I’d be grateful if someone can point me in the right direction!

So, in earlier versions:
Go to: [user]/Library/Application Support/GarageBand/Instrument Library/Sampler/Sampler Instruments and drop the EXS file in there.
On Snow Leopard and higher you need to go to “Go” in the Finder and hold Alt (Option) to make your User Library visible.
Go to: [user]/Library/Application Support/GarageBand/Instrument Library/Sampler/Sampler Files and drop the sample folder in there. Give it the same name as your instrument!

Go to: Library/Application Support/GarageBand/Instrument Library/Plugin-In Settings and then open the folder that fits the instrument you want to import.

Copy the file that fits the instrument to a folder with the identical name in:
[username]/Library/Application Support/GarageBand/Instruments Library/Plug-In Settings/
Create a folder with that name if it isn’t there.

I picked “Horn Section.pst” and after replacing the text it looks like this: 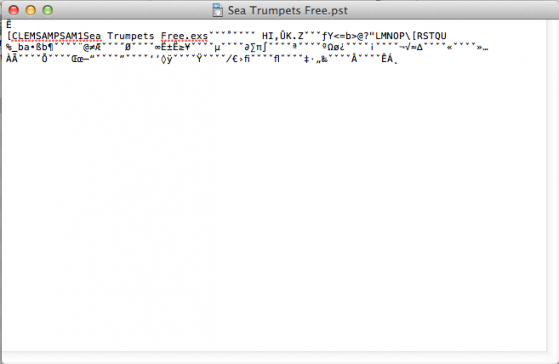 This is what I miss in version 10:

Go to i – track info. Select the instrument class that suits your instrument, then select the subclass. In my case: Horns -> Horn Section.

In GarageBand 2 it’s a pop-up window: 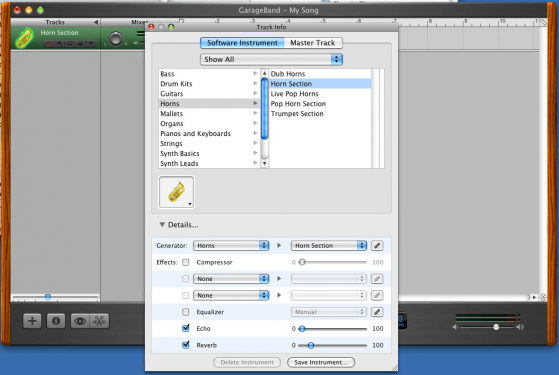 In GarageBand 4 it appears in a panel on the right:

In later versions it’s on the left, like in GarageBand 10.

If you want to move the instrument to another computer, get the sample folder, exs file, pst file and cst file, copy them to the exact same locations and GarageBand will find them.

In GarageBand 10 you can find the instruments you imported using older versions of GarageBand under “User Channel Strip Settings”.